The first draw in Powerball lottery history was held in April 1992, and the game has been growing stronger and bigger each year. The draws are held every Wednesday and Saturday and players choose five numbers out of 69 plus the additional Powerball out of 26. But, it hasn’t always been like this. When it first began, players were choosing five numbers out of 45 and one additional number also out of 45. The odds of winning a jackpot at the beginning were 1:54,979,154. The next big change happened in 2001 when the Power Play option was introduced. It added the possibility for players to multiply their non-jackpot winnings up to five times. At that time pools of numbers players were choosing from were 49 and 42. Those numbers have changed six more times in the last 17 years, with the last change happening in October 2015. That’s when the game was changed to what it is today: 5/69 and PowerBall 1/26. 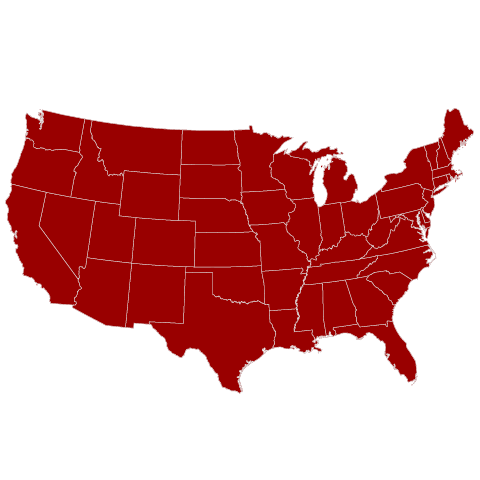 Also, other than giving players the option to multiply their non-jackpot winnings up to five times, Power Play now also has the option of multiplying smaller winnings 10 times in draws where jackpot is under 150 million dollars. The odds of winning a jackpot currently stand at 1:292,201,338.

The cost of a basic ticket is 2 dollars, and, as mentioned, an additional one dollar to play Power Play. The game is played in 44 states, Washington DC, Puerto Rico and the US Virgin Islands. Those who win a jackpot can choose if they want the payout through annuities (30 years) or one-time cash payout and have 60 days to collect their prizes. Starting jackpot is 40 million dollars.

This website uses cookies to improve your experience while you navigate through the website. Out of these, the cookies that are categorized as necessary are stored on your browser as they are essential for the working of basic functionalities of the website. We also use third-party cookies that help us analyze and understand how you use this website. These cookies will be stored in your browser only with your consent. You also have the option to opt-out of these cookies. But opting out of some of these cookies may affect your browsing experience.
Necessary Always Enabled
Necessary cookies are absolutely essential for the website to function properly. This category only includes cookies that ensures basic functionalities and security features of the website. These cookies do not store any personal information.
Non-necessary
Any cookies that may not be particularly necessary for the website to function and is used specifically to collect user personal data via analytics, ads, other embedded contents are termed as non-necessary cookies. It is mandatory to procure user consent prior to running these cookies on your website.
SAVE & ACCEPT
EN
EN ES